Let’s start by saying that even small changes to the parts of a jacket can affect its impact and style. People often focus on the width of the shoulder, but in a haute couture jacket the “shoulder question” is not just a question of width. Instead, the focus is on the proportion of the shoulder to the client’s physique and its role, which must even correct any defects (sloping shoulders / or too narrow / the lower shoulder and so on). Then there is the chest, the width and line of the lapel, the button at the waist, the opening and so on.
But it’s not over. The different countries and origins of the parties build a jacket with a different structure: English jackets can be very different from Neapolitan jackets or from Milanese tailoring.

The types of jackets. Let’s have some clarity.
Classic jacket, sports jacket, blazer, suit jacket… The names given to men’s jackets are many, but it is not always clear what the difference is between one and the other. In fact, many people think that the jacket and the blazer are the same garment, and that what defines the difference is only the use that is made of it: they call a jacket what they wear as part of a suit, while they associate the blazer to a garment to be used as a broken.
Given that contemporary tailoring has become more and more complex and that what concerns men’s fashion is less and less clear and defined, it is still possible to find obvious differences between the two “must” pieces of men’s fashion, and the way in which they can or should be combined is simply the result.
Every sartorial detail related to the manufacture of a men’s jacket characterizes the style and the level of formality. For this reason, knowing the differences between a jacket and a blazer allows each man to choose his own look in the right way, and thus obtain the right dose of elegance according to the occasion and the environment in which it is located

The exclusive F. Caraceni method. The jacket is always 1-breasted or 2-breasted. So why does a jacket have style, elegance and another one not? The final harmony, that sense of Beauty is actually the result of careful study of the body and posture of the customer, added to a careful respect for the proportion of details.

Caraceni Sartoria makes luxury jackets, completely hand made. To make an appointment at our Atelier: info@caracenitailor.com | +39-02 6554284 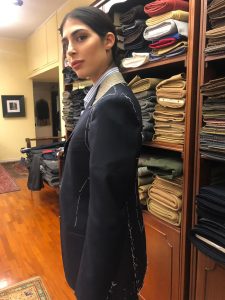 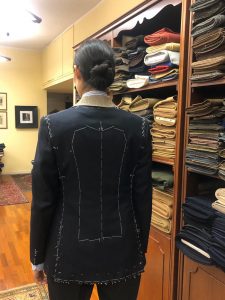 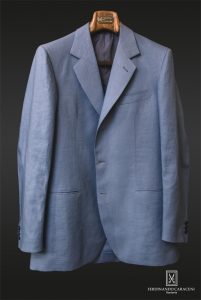 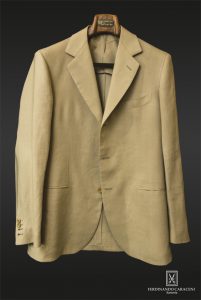